Mostrim was formed in 1937, initially as Mostrim Eoin Ruadhs and shortened to Mostrim from 1938, and was founded at a time when other clubs in the parish had previously faded away. All championship titles won in the parish from the late 1930’s onward are won by the Mostrim club which continues to this day.

In title allocation terms, the available evidence shows that the Edgeworthstown or Edgeworthstown Young Irelands club and the Mostrim club won their respective titles as separate club units (we could not find any evidence to suggest that the Mostrim club was the previous Edgeworthstown Young Irelands club renamed or re-organised – they appear to be separate clubs existing at different times in the same parish). Hence the titles of both clubs are kept separate in the titles count, which is a change to previous records. It is worth noting that the above conclusion came from a reassessment of the allocation of titles within the parish of Edgeworthstown which was initiated in late 2020 as part of a larger package of review work undertaken at that time.

Note: There were a number of other clubs & short-lived teams in the parish of Edgeworthstown down the years (see Link). The above assessment is specifically around and about the clubs who won key Football Championship titles. 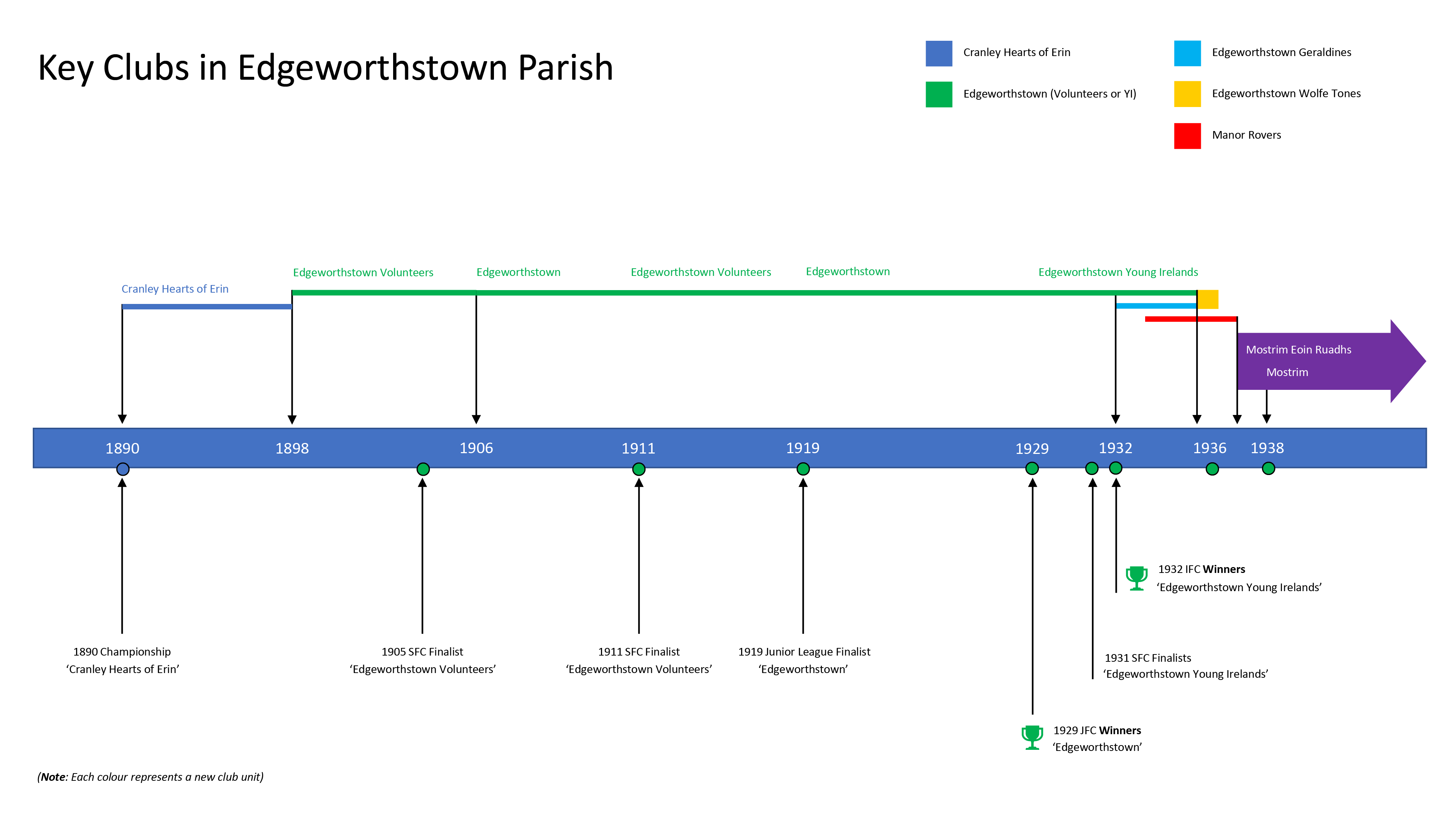